With interest-only loans no longer an option the commercial incentive for sub-trusts ends, says the Tax Institute. " />

With interest-only loans no longer an option the commercial incentive for sub-trusts ends, says the Tax Institute. 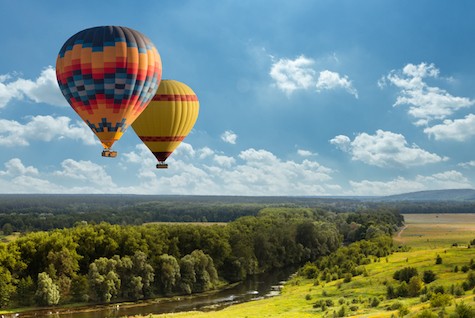 Sub-trusts have been made redundant by the ATO’s final tax determination on Division 7A released this week, according to the Tax Institute.

Tax and commercial incentives no longer existed, said senior advocate at the institute Robyn Jacobson, as previous arrangements involving sub-trust interest-only loans were no longer available under TD2022/11 from 1 July.

“The interest-only aspect was the most attractive commercial feature of sub-trust arrangements,” Ms Jacobson said. “From a tax perspective, it may be that little benefit can be gained from implementing a sub-trust arrangement for unpaid present entitlements arising on or after 1 July 2022.”

She said sub-trust arrangements were the focus of a number of significant changes in TD2022/11, which finalised a draft released in February and superseded 2010 rulings that were now withdrawn.

- The holding of an amount of a company’s present entitlement on sub-trust will satisfy the trustee’s obligation to pay the UPE — previously the UPE remained a UPE even when held on sub-trust. However, the sub-trust arrangement will generally still attract Division 7A unless the funds are set aside and held on sub-trust for the sole benefit of the company.

- The way in which the ATO considers that the Division 7A provisions apply to the financial accommodation provided to the company’s shareholder or their associate has shifted, although the arrangement remains subject to Division 7A.

- The Option 1 and Option 2 interest-only sub-trust arrangements are not available for trust entitlements arising on or after 1 July 2022.”

Ms Jacobson said legacy sub-trust arrangements under the 2010 products which involved entitlements arising prior to this financial year could continue until maturity thanks to a recent update to PCG 2017/13.

“This is welcome and provides certainty to taxpayers with existing arrangements,” Ms Jacobson said.

This was one among a number of changes to the February draft incorporated by the ATO following successful consultation.

“The ATO now generally accepts that the provision of financial accommodation will typically occur after the end of the income year in which the entitlement arises,” she said.

“We had raised concerns that, where an amount is held on sub-trust and the funds are used by the company’s shareholder or their associate, the company could be taken to provide financial accommodation in favour of the sub-trustee in addition to the financial accommodation already provided by the company to the shareholder or associate, resulting in two Division 7A loans arising under the same arrangement. The ATO has made it clear that the company does not financially accommodate the sub-trustee in this circumstance,” Ms Jacobson said.

She said it is important for practitioners to consider how the final guidance would impact client arrangements.